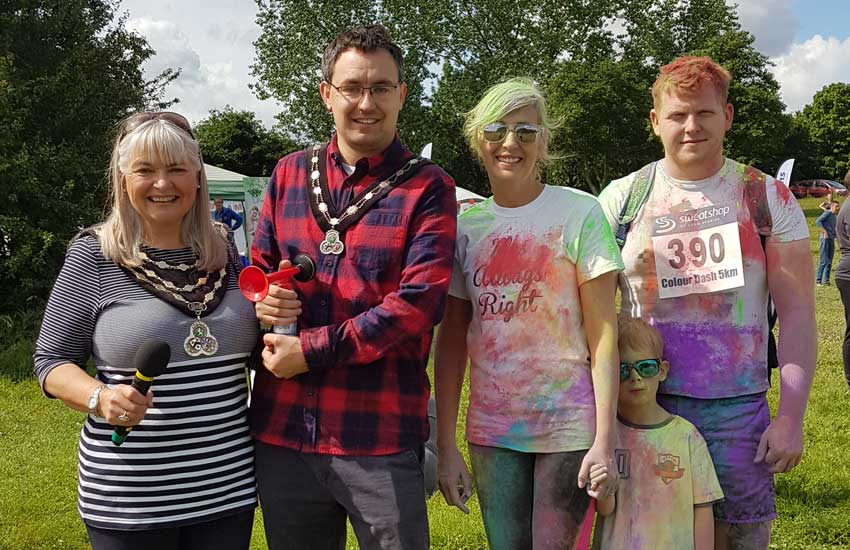 In excess of 700 participants enjoyed a charity colour run at Swanley Park on Sunday.

Entrants of all abilities and ages tackled the 5k route with colour stations positioned throughout the park to add a little fun to the race.

The run also raised crucial funds for We Are Beams which is a local charity that supports disabled children, young people and their families. Funds received have already surpassed £11,000 with sponsorships still yet to be processed! Park Director, Ryan Hayman said; ‘What an honour it has been to be the host venue for such a brilliant event for such an amazing cause.

He added, ‘I believe that participant numbers were up by over 100%, which is just incredible.’ Swanley Town Council’s Mayor, Cllr Lesley Dyball opened the event alongside fellow Councillor John Barnes, the Deputy Mayor.

The event then preceded by an energised warm up session, prior to the main event.