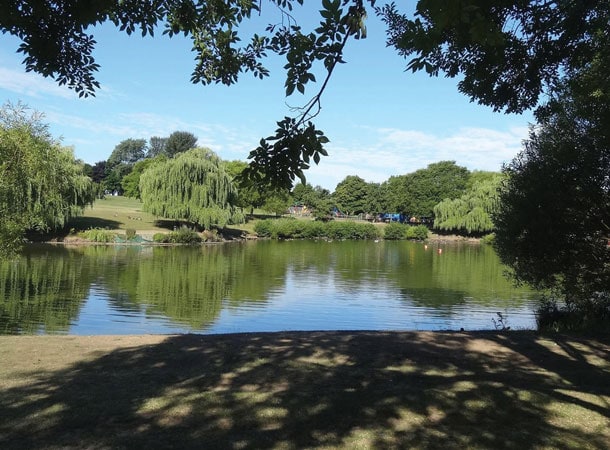 Parks and green spaces across the country will be raising their Green Flag Awards with pride in a year when millions of people have seen the value of having great quality green spaces on their doorstep.

Among them will be Swanley Park, which is raising a Green Flag Award for the third consecutive year.

In addition, Swanley Recreation Ground and Elephant Park are both celebrating their first awards, in what is a record year for Swanley.

The award signifies an international quality mark for our open spaces. In total more than 2,000 sites across the world collected the award for 2020.

The Green Flag Award scheme, managed by environmental charity Keep Britain Tidy under licence from the Ministry of Housing, Communities and Local Government, recognises and rewards well-managed parks and green spaces, setting the benchmark standard for their management across the United Kingdom and around the world.

Park and Open Spaces Director Ryan Hayman said “Green spaces have never been more important, and I am thankful that three of the best are in our community.

Our park and grounds staff worked throughout lockdown as key workers, so this award is as much for them as it is for the whole town to enjoy.”

Swanley Town Council’s Mayor Cllr Lesley Dyball added ‘This year I have been overwhelmed in seeing how our parks have improved the wellbeing of our community, despite the difficult challenges we have all faced.

I am delighted to see that for the first time we have won multiple Green Flag awards, our parks are now the envy of the international community and as a resident I could not be more proud.’

Commenting on Swanley’s treble success, Keep Britain Tidy Chief Executive Allison Ogden-Newton OBE said: “This year, more than ever, our parks and green spaces have been a lifeline and we know that millions of people have used them to relax, meet friends, exercise or simply escape for a short time.

“It is testament to the incredible dedication and hard work of parks staff and volunteers that, despite the challenges Swanley has achieved the highest international standards at all its parks demanded by the Green Flag Award.”